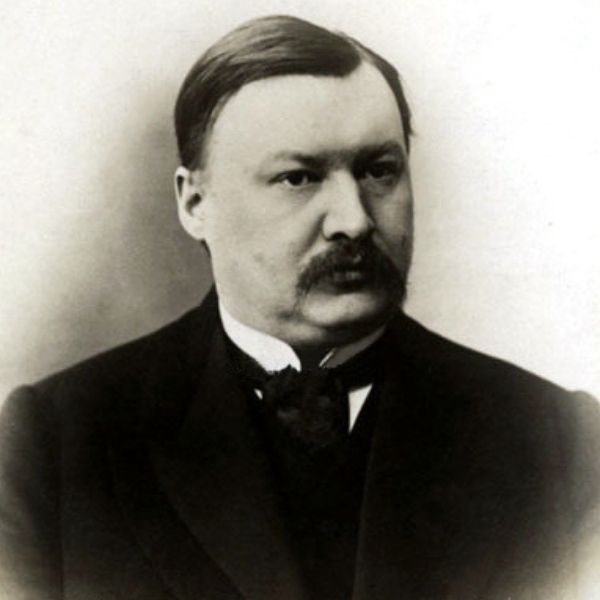 Alexander Glazunov was a Russian composer, music teacher, and conductor of the late Russian Romantic period.

He served as director of the Saint Petersburg Conservatory between 1905 and 1928 and was instrumental in the reorganization of the institute into the Petrograd Conservatory, then the Leningrad Conservatory, following the Bolshevik Revolution. He continued heading the Conservatory until 1930, though he had left the Soviet Union in 1928 and did not return.

The best-known student under his tenure during the early Soviet years was Dmitri Shostakovich.

Glazunov was significant in that he successfully reconciled nationalism and cosmopolitanism in Russian music. While he was the direct successor to Balakirev’s nationalism, he tended more towards Borodin’s epic grandeur while absorbing a number of other influences. These included Rimsky-Korsakov’s orchestral virtuosity, Tchaikovsky’s lyricism and Taneyev’s contrapuntal skill.

Younger composers such as Prokofiev and Shostakovich eventually considered his music old-fashioned, while also admitting he remained a composer with an imposing reputation, and a stabilizing influence in a time of transition and turmoil.