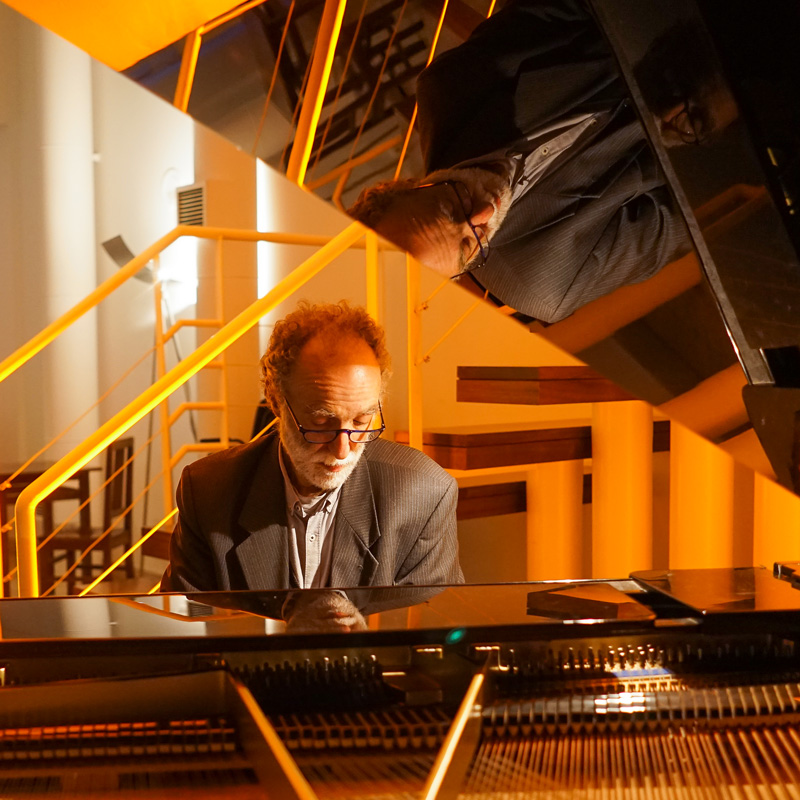 Daniel Schvetz was born in Buenos Aires (Argentina) in 1955. His journey in the universe of sound as a performer and a composer started from his early relationship with the piano. He took piano and composition courses at the López Bouchardo National Conservatory, the Buenos Aires Catholic University, and the Beethoven Conservatory.

He worked with famous masters such as Roberto Brando, Moisés Makaroff and Oubiña de Castro (piano), Guillermo Graetzer (counterpoint and composition) and Femina Cassanova (harmony). In addition, he attended the Latin-American course of contemporary music, the electroacoustics courses at the Ricardo Rojas University, and Summer courses at the Institute of Research and Coordination in Acoustics/Music in France.

Daniel Schvetz travelled to all countries of South America, especially to the interior of Argentina, Bolivia and Peru, with the purpose of studying the characteristics of local cultures, interpreting his own repertoire and that of Argentinean and Latin-American composers.

Schvetz has collaborated in jazz and improvisation projects of folkloric inspiration such as “Luna”, “Canto Entero”; in tango shows like “El Borde” or “Duo Naka-Schvetz”; in contemporary music groups such us “Ophris”; and with ensembles including “Septeto Daniel Schvetz”, “Duo Moderato Tangabile” with the tubist Sérgio Carolino or “Duo Pois é” with the singer Sara Belo.

As a composer, he got engagements in several theatre plays, having composed music for many Spanish speaking poets, namely Federico García Lorca and Jorge Luís Borges, not to mention Neruda, César Vallejo and others. The Portuguese speaking ones for whom he composed were Fernando Pessoa and Vitorino Nemésio in particular. He also composed music for different chamber ensembles, solo piano, choir and orchestra, having written three sinfoniettas, a triple concerto and a chord piano concertino.

A collaborator with radio shows for Antena 2, Cinemateca Portuguesa, Centro de Estudos de Sociologia e Estética Musical, Orquestra Metropolitana, Casa da America Latina or the Cervantes Institute, he lectured at the Musicians Union and at the Danzas National School Nº2 in Buenos Aires and currently is a teacher at the Music School of Lisbon’s National Conservatory, at the Tomar Regional Conservatory and at the Santarém Music School.