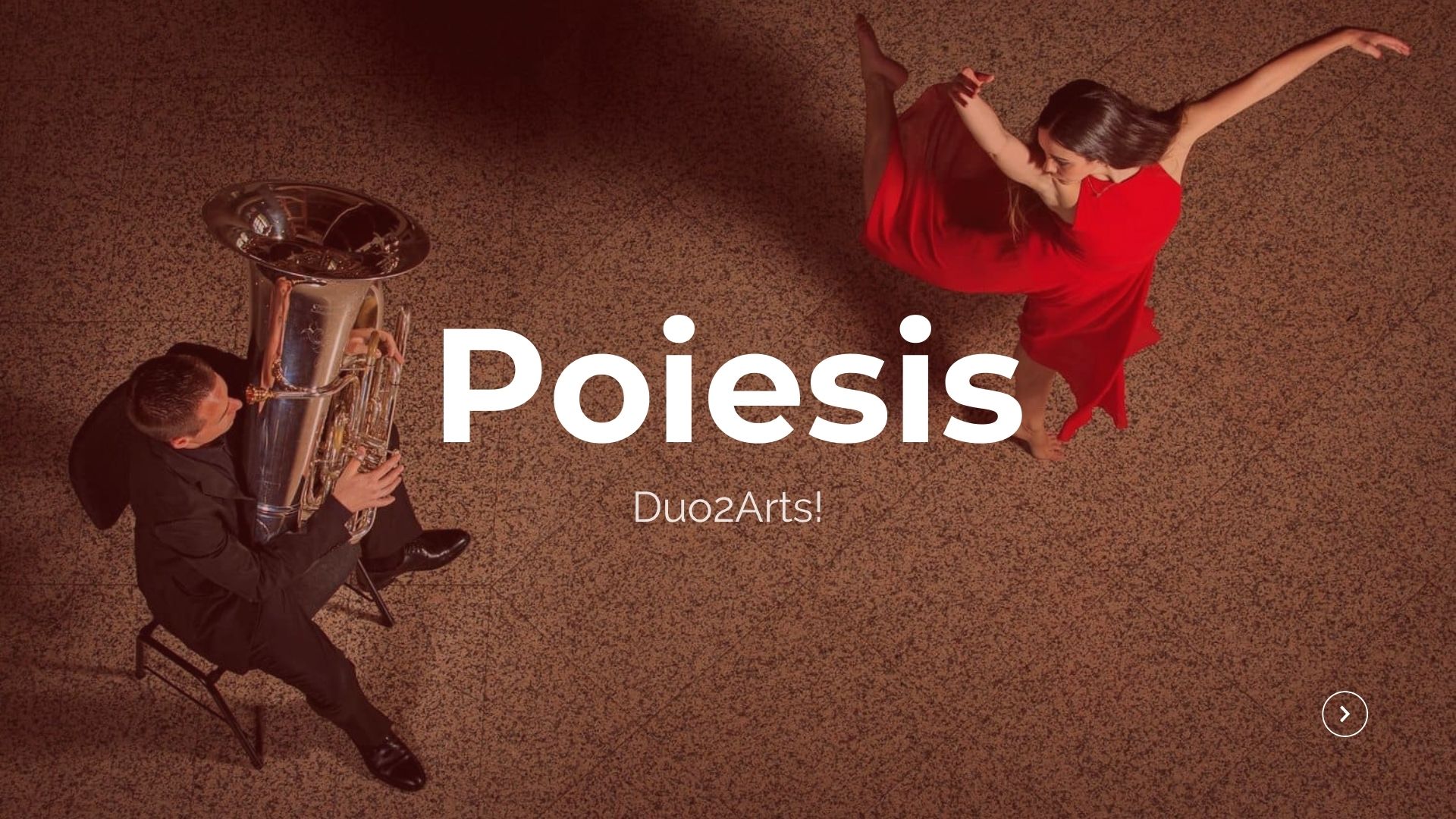 When the catharsis of love is a mimesis of dance and music, the result is a poiesis, in other words, a spatial and sentimental creation where a pair of ballet shoes is the nexus between two lovers that destiny united between games, smiles and complicit glances, which tune a magical warmth in the environment.

“The combination of all three of you onstage was magic!”.

“This TUBA and DANCE recital gave a unique view into the synergy of sound and motion in an incredible display of sonic and visual phrasing at its highest level […] I saw a performance with this ensemble in Portugal this past summer [of 2019]. It is absolutely unforgettable. This absolutely must be seen to be believed”.

“It was fabulous. It was great, with a beautiful sub-plot. At the night of the performance, when it was over, the audience exploded. They went nuts.”

“We are really proud for having helped you guys a little bit with your art. It is marvelous!”.